Recently I shared this post on my facebook timeline from the http://www.activistpost.com Chattanooga Hoax? Victim Reported Dead Years Before Shooting after reading this blog I was hoping to get a few commandments by others Political activist bloggers who may have looked at this story closer so I could get some information about this story that may not have been on this blog post.  Instead I was  physically threatened and attacked personally by a Marine I knew from my high school days who couldn’t even do an investigation into the post I shared in stead he attacked me because I was questioning the official story.  . “Condemnation without investigation is the height of ignorance.” – Albert Einstein

This was after he asked me “So is this something you believe? ” Steve Rock Nawrocki  I believe my response was quite clear when I said “Don’t know haven’t been able to do a investigation and look to closely at this yet.” Daniel Joseph Leach Jr.  So I really wanted to know what about this article brother’s him most? Was it the fact that it could be real or the fact that the Government would lie about this to the American people? Or the fact that a US General Wesley Clark reveals on MSNBC : TPTB that he wants to put Christian Patriots and and American dissenters in internment camps people like myself who question everything before I believe what I’m spoon fed by the Government propaganda media.

I guess my response must have really made him mad that I would question the government’s official story, because after this it was all down hill. In the beginning of a change the patriot is a scarce man, and brave, and hated and scorned. When his cause succeeds, the timid join him, for then it costs nothing to be a patriot.” Mark Twain

“You still won’t answer that means your a fucking pussy, at least stand behind what you believe like real men do, your a little bitch and always have been, you don’t have the thinking ability to argue your point, the strength to back it up or the balls to stand up for it” Steve Rock Nawrocki

I assume that because his service in the Marine corps that he would be offended if the Government would use the death of a fellow Marine as propaganda to manipulate the American people into giving up the 2nd Amendment or to call the Laws to be changed so that the Military could now be armed on American streets which is a illegal according to the Posse Comitatus Act is a United States federal law (18 U.S.C. § 1385, original at 20 Stat. 152) signed on June 18, 1878 by President Rutherford B. Hayes. The purpose of the act – in concert with the Insurrection Act of 1807 – is to limit the powers of the federal government in using its military personnel to act as domestic law enforcement personnel. It was passed as an amendment to an army appropriation bill following the end of Reconstruction, and was subsequently updated in 1956 and 1981.

I post stuff many times to see what other people have to say about websites or blogs before I write my own blog’s because I want to have as many good sources of information as possible so that when people who read my blog posts can have as much factual information contained in my blog’s as possible.  I do believe it could be possible that this could be What is Problem > Reaction > Solution? Also known as The Hegelian Dialectic and false flag operation a propaganda tool used to take America’s guns, like Operation Northwoods was a proposed operation against the Cuban government, that originated within the Department of Defense (DoD) and the Joint Chiefs of Staff (JCS) of the United States government in 1962. The proposals called for the Central Intelligence Agency(CIA) or other US government operatives to commit acts of terrorism against American civilians and military targets, blaming it on the Cuban government, and using it to justify a war against Cuba. The proposals were rejected by the Kennedy administration.[2] but like I said I can’t be sure unless I personally do a investigation.

He was really mad at my answers because he probably wanted to just label me as in his words a Wacko. Then he tried to bully me and tried to intimidate me with his service in the military and his height being over 6 foot tall. How sad that military or ex military personnel has to act like a high school teenager. Trust me bullies don’t intimidate me I grew up around Bullies like this all my life and I don’t run away from self righteous bullies.

You can find the text of this conversation at the end of this blog post! 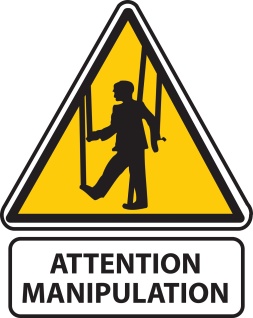 Do you have any idea how manufactured our reality is? Can you even handle the truth?

YouTube researchers MattyD 4 Truth and PROVE ME WRONG have uncovered records that appear to show at least one of the Chattanooga victims died years before the latest “mass shooter” media event. (See video below)

The establishment media is running dramatic stories of Lance Corporal Skip Wells’ last words to his girlfriend, but perhaps those last words were spoken in 2004.

A strikingly similar looking Marine Lance Corporal Larry L. Wells was reported to have been killed in Iraq in 2004, according to Washington Post’s Faces of the Fallen.  Screenshot saved below in case they remove the page.

Even creepier, the guy in the photo identified as Larry Wells in 2004 and Skip Wells in 2015 also seems to be a guest with Bill O’Reilly to talk about the event! Maybe they’re just lookalikes?

Like Loading...
Attorney William Gogel:
( 1 ) Today, Tuesday, July 14, 2015, at 5:30 PM I got a STAY of the proceedings in the lower Bronx court, until the higher court can hear my Writ of Prohibition on September 21, 2015.
( 2 )  See the attached Order.
( 3)  Note in the Order,  that I informed the higher court that Judge Thompson, in the lower court, had refused to give me a stay the day before, on
July 13, 2015 when we were in court with witnesses from Courtroom Observers Network.
( 4 )  The Order is attached to this email, for ease of reference.
( 5 )  Question:
The important question that the higher court will be answering on September 21, 2015: can a lower court judge violate the constitutionally protected rights of due process and redress of a Pro Se litigant by refusing to sign subpoenas to compel the production of documentary evidence and witnesses ?
Answer:  NO.

Hello friends and activists I’m starting a Courtroom watchdog group’s across the country and I need your help inorder to be able to make sure that the Courtroom are held accountable and are fair and just. It’s only when we the people who become witnesses will the court system work honestly.
We need an EMERGENCY PHONE BLITZ team as well. Please join me and be a watchdog for Truth Justice and Liberty.http://Courtroomwatch.Com

CourtroomWatch.com was created for freedom minded people to Network and Unite. The focus here is to fill Courtrooms with witnesses to prevent Judicial, Police and Attorney Corruption . If you are being abused by the system post a brief description and request for observers. We need all good people to show up and support others in need. This is not only the right thing to do but it also causes others to show up in your time of need. The Court system is only honest and just when it operates under Constitutional concepts that protect us, rather than code enforcement laws that violate your freedoms and steal your money.